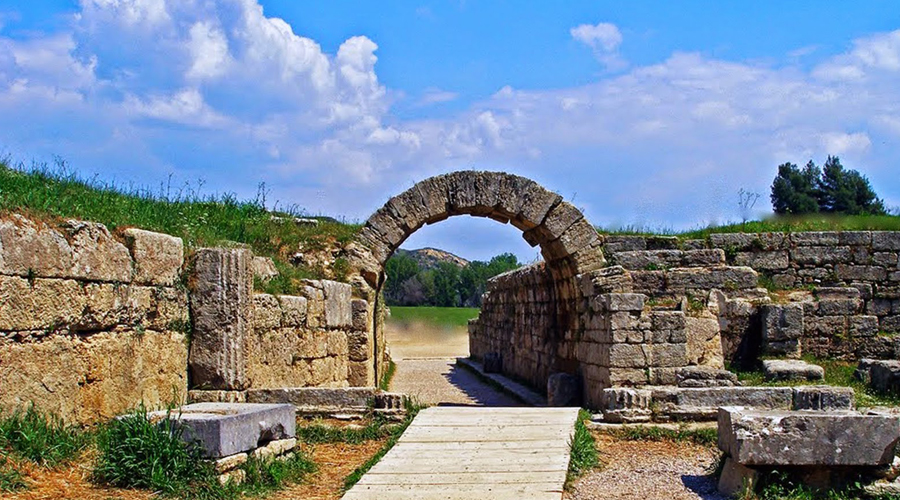 After 60 years of organising tours throughout Greece we offer you the 3 day classical tour at a price that cannot be matched.

HOTELS at Olympia: (3*) NEDA, KRONION, or similar | (4*) OLYMPIC VILLAGE or EUROPA or ARTY GRAND
HOTELS in Delphi: (3*) FEDRIADES or HERMES or PARNASSOS and (4*) AMALIA or APPOLONIA

PRICES Nov-Mar: These tours are organised by 3 big tour operators and are offered by travel agencies at different prices. After 60 years organising tours throughout Greece we have secured the best deals in all aspects of travel. Book in advance and save 5%.

* If our offers sound interesting read the “4 steps to book” in the footer and start communication.
* Fill the booking request and start the communication. We shall get back asap.

The tour services include:
– Modern air-conditioned buses
– Entrance fees to sites and museums visited
– 2 nights hotel accommodation
– 2 breakfasts (Olympia & Delphi)
– 2 dinners in the 4* hotels
– Pick up/drop off from or near your hotel (See the list in the footer of the website), and
– The services of the tour guide.
– All taxes except the “city tax” (1.50 – 3.00 € per room, per night).
– The arrival airport transfer wherever mentioned.

Special discounts: (One option of 5% discount is applicable).
* Persuade a friend, share a triple room with your friend and save 5%
* Persuade your friends, make a team of 5 or more adults and save 5%
* Take advantage of our PAY IN ADVANCE 5% discount (see in the footer)
* Combine it with the 1 day cruise and pay a special price for the package. See our combo prices in the footer.

WRITE A REVIEW ON OUR SERVICES. Your feedback helps us offer a better service.

Copied from a client’s blogspot:
The tour which I joined was organized by G.O.TOURS. Information about the tour can be found at their website at http://www.gotours.com.gr/en/
However I did not book through their website. I booked it through ASTORIA TRAVEL https://astoriatravel.gr/
After browsing through the web, I found that ASTORIA TRAVEL offers the cheapest tour packages in Athens. Initially I was quite skeptical. How can this tour agent offer such a low price (20% cheaper) compared to the travel company’s price? Is this a scam? Well, believe it! It was not a scam. I even booked my first two nights in Athens at Hotel Arethusa (next to Syntagma Square) at a very cheap price through ASTORIA TRAVEL. Read more details in the testimonials section…

NAFPLION – “The town of the Venetians” in Greece. (Short photo stop).
Modern architecture hasn’t spoiled the old town of Nafplion, which is a feast for the eye. The town was in the hands of the Venetians for 200 years and when they gave it back to the Greeks they also left their signature on the old charming town. Nafplion was the capital of the Greek state in the early 1830s. Here, is the first residential palace for the young Bavarian Prince, Otto, the first king of the new country after the revolution against the Turks. The old town is beautiful, with old mansions and paved roads. The town’s fortresses, the Palamidi and the Akronafplia, played a key role during the war of independence. The Venetian influence is everywhere justifying the town’s name as the “Greek Venice”.

MYCENAE – “City in gold”
Mycenae, the city that controlled both the land and sea routes, was the kingdom of mythic Agamemnon. Myths related to history have inspired poets and writers over the centuries from Homer and the Greek tragedies of the classical period to contemporary literary and artistic creations. The site was uncovered in 1874 by Heinrich Schlieman, who also excavated the site of Troy. You enter the citadel through the impressive Lions’ Gate.

OLYMPIA & the OLYMPIC GAMES
The site of Olympia, was the location of the ancient Olympic Games, with the first recorded win in 776 BC. In addition to the numerous temples and sanctuaries, there are remains of sporting structures, such as the ancient Olympic stadium, the Gymnasium, the Palaestra and others. See the Temple of Zeus, the Temple of Hera, the altar of the Olympic flame, the seven echo stoa and the archaeological Museum where between the other exhibits you will see the statue of Nike and the beautiful Hermes of Praxiteles.

DELPHI – The famous “temple bank”.
The pan-Hellenic sanctuary of Delphi, location on the oracle of Apollo, was the spiritual centre of the Greek world. Situated in a spectacular natural setting on the mountain of Parnassus, it was the symbol of Greek cultural unity from the 8th century BC onwards.


* Read the 4 steps 2 book that you find in the footer and we look forward to receive your request.
* When we receive the message from the bank that the money have been deposited, we’ll send you the voucher.

MAP – ROUTE OF THE TOUR

If you wish to see the major sights of mainland Ancient Greece including UNESCO listed ancient site of Mycenae, Epidaurus, Olympia, Delphi and Meteora monasteries, then I recommend you to join a 4 Day Classical Greece Tour.
The tour departs from Athens and returns to Athens.

5 UNESCO World Heritage Site in 4 days. I have to warn you that 4 out of the 5 World Heritage Site are in ruins. The tour which I joined was organized by G.O.TOURS. Information about the tour can be found at their website at http://www.gotours.com.gr/en/

However I did not book through their website. I booked it through ASTORIA TRAVEL http://www.astoria.gr/price-tours-classical-4day.html that can be contacted at athens@astoriatravel.gr. I e-mailed Mr. Kosta and since I booked the tour through him in 4 star hotels, I got a free arrival transfer offer to my hotel. Actually, Kosta himself, came to the airport and took us to the hotel.

After browsing through the web, I found that Astoria Travel offers the cheapest tour packages in Athens. Initially I was quite skeptical. How can this tour agent offer such a low price (20% cheaper) compared to the travel company’s price? Is this a scam? Well, believe it! I even book my first two night in Athens at Hotel Arethusa (very near Syntagma Square) at a very cheap price through Astoria Travel.

The tour includes visits to two of the six monasteries of Meteora.

As the tour group was small, we got to know each other pretty quickly.